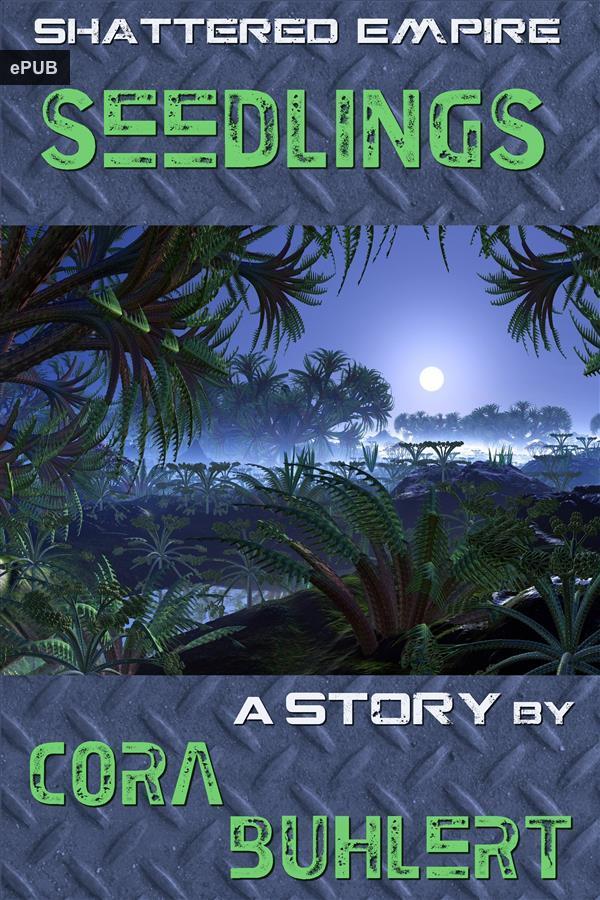 Once Ethan Summerton was the heir to a lordship, and a whole planet besides. But all that was taken from him, when his father decided to side with the Galactic Rebellion against the Fifth Human Empire and was murdered for his troubles along with the entire Summerton family, leaving Ethan the only survivor.

Now, cooped up with more than two thousand other Rebels in the eternal night of the planet Pyrs, Ethan Summerton is reduced to tending the rebel base’s greenhouse. Not that he minds – Ethan has never been a snob and besides, he’s always liked gardening. Besides, it gives him the chance to impress his new best friend Holly with the crops he’s growing.

A hardened mercenary, Holly di Marco doesn’t have much use for gardens and greenhouses and strange leafy things. But they matter to Ethan and since Holly is supposed to take care of him, she tries to feign interest as well.

But then one day, an incident involving a lost little girl, chickens and batavia lettuce shows her what Ethan Summerton is truly made of.

This is a short story of 6700 words or approximately 20 print pages in the Shattered Empire universe, but may be read as a standalone.