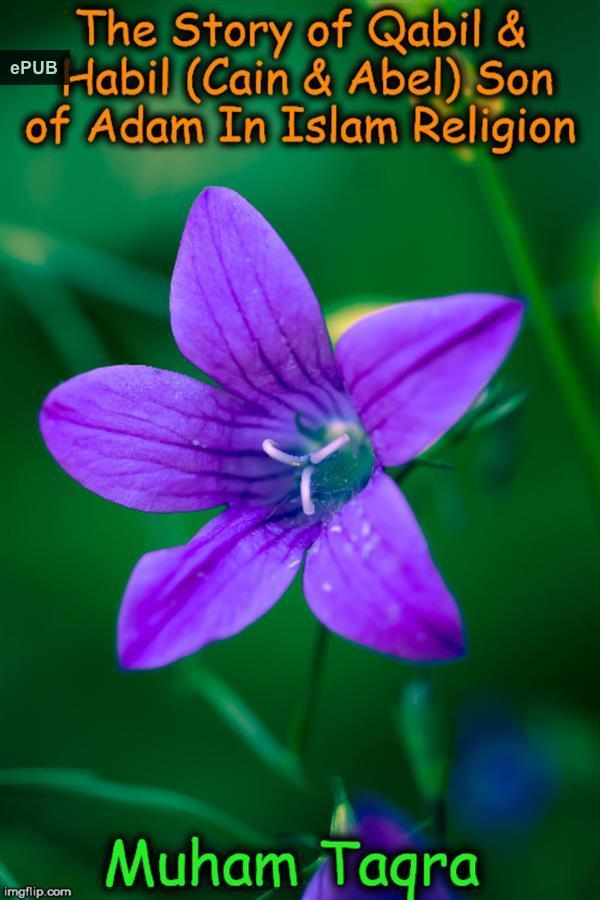 Cain and Abel (Arabic: هابيل ,قابيل , Qabil and Habil) are believed by Muslims to have been the first two sons of Adam and Eve, although they are not mentioned by their names in the Quran. The story in the Qur’an is virtually the same as the Hebrew Bible narrative, saying that both the brothers were asked to offer up individual sacrifices to God. God accepted Abel’s sacrifice because of Abel’s righteousness and Cain, out of jealousy, slew Abel. This was the first ever sin committed upon Earth but Abel was chronicled in history as one of the first believers and as the first ever martyr. Although Islam does not traditionally view Abel as a prophet, some scholars speak of him as a prophet like his father.

Of Adam’s first children, Cain was the elder son and Abel the younger. Each of them presented a sacrifice to God but it was accepted only from Abel, because of the latter’s righteous attitude and his faith and firm belief in God. After the offering of their sacrifices, Cain, the wicked sibling, taunted Abel out of envy and told him that he would surely slay him. Abel justly warned Cain that God only accepted the sacrifice of those that are righteous in their doings. He further went on to tell Cain that if Cain did indeed try to slay him, Abel would not retaliate and slay him because the God-fearing would never murder for the sake of envy. Abel then told Cain that in murdering him, he would carry the weight not only of his sin but also of the sins of his victim. The victim, as a result, in suffering the injustice, would be forgiven his own sins and the murderer, while being warned, would consequently increase his own sin. Abel preached powerfully and reminded Cain that the punishment for murder would be that he would spend the afterlife in the fires of Hell.

The innocent pleading and preaching of Abel had no effect upon Cain, for he was full of arrogance, pride and jealousy. He subsequently slew the righteous Abel, but in doing so, he ruined himself and became of those who remain lost. This would be the earliest example of the murder of a righteous man taking place upon the earth. In the future, many other evildoers would slay the wise and pious believers.

Right after the murder took place, Allah (God) sent a crow who scratched the ground to show Cain how to hide the dead body of his brother. Cain, in his shame, began to curse himself and he became full of guilt. The thought of the crime at last came to the murderer, as he realized indeed how dreadful it was to slay anyone, the more so as the victim was an innocent and righteous man. Full of regrets, Cain was marked with deep sorrow. The Qur’an states, ‘Then he became one of those who regretted.’ 5:31 (Chapter 5, verse 31)

The Qur’an states that the story of Cain and Abel was a message for mankind, as it had told them about the consequences of murder and that the killing of one person would be as if he/she had slain the whole of mankind.