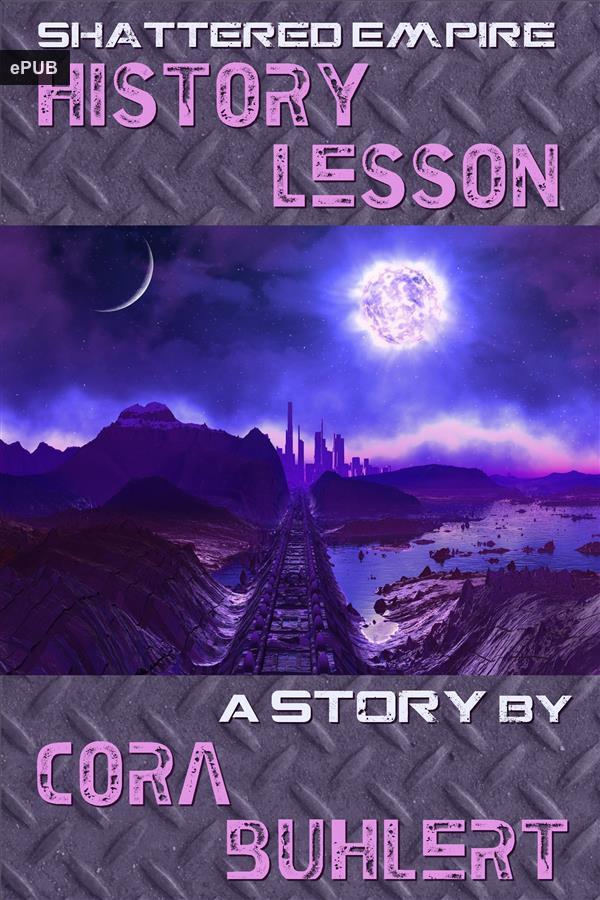 The nights are long on the rebel world of Pyrs, most of the man and women hiding out there have demons that haunt them and everybody deals with those demons in their very own way.
For Holly di Marco and Ethan Summerton, two of the more than two thousand rebel fighters on Pyrs, the best way of staving of the nightmares is arguing about politics, eating sweets and getting drunk, very drunk.
But one long night of arguing about politics reveals some unexpected truths about the history of the Fifth Human Empire… and also about Holly and Ethan.

This is a novelette of 13000 words or approximately 40 print pages in the Shattered Empire universe, but may be read as a standalone. ‘History Lesson’ features lots of characterisation and worldbuilding, but the action is all in the dialogue.