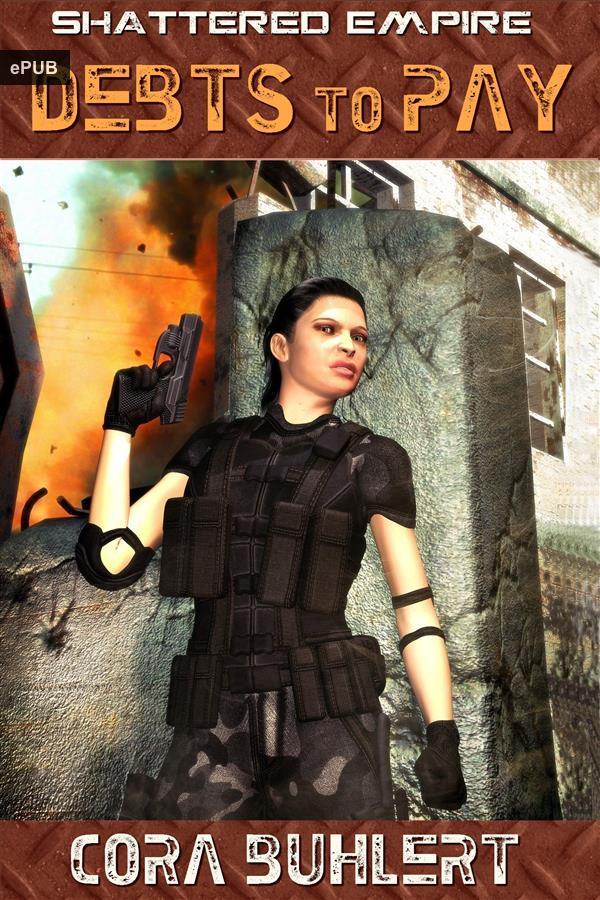 Once Carlotta Valdez was a mercenary, working for the highest bidder. No job was too dirty or too dangerous as long as she got paid.

But then Carlotta had a change of heart. She joined the Rebellion against the Galactic Empire and met rebel leader Arthur Madden, perhaps the only man in the universe she genuinely admires.

However, the past has a nasty habit of catching up with you when you least expect it. And so, while on a mission for the Rebellion, Carlotta runs into Darius Gilroy, crime lord, all around scumball and her former boss. Gilroy had a job for Carlotta and he won’t take no for an answer. And to emphasise his point, he threatens to hand her over to the Empire, if she doesn’t accept.

So Carlotta finds herself en route to the rimworld of Rothea III to take out a drug lord who has been encroaching on Gilroy’s territory. The drug lord certainly won’t be missed, but how can Carlotta reconcile an assassination job with her newfound rebel convictions? And how can she get Gilroy off her back, lest he threaten her and her comrades again?

This is a novella of 18200 words or approximately 61 print pages in the Shattered Empire universe, but may be read as a standalone.

Warning: There is some harsh language in this one, so sensitive souls should tread carefully.